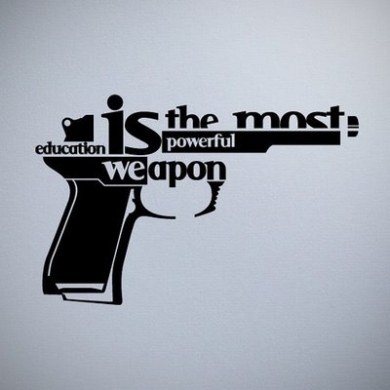 I chose this image because it effectively sends a message that education is more powerful than any weapon. It is an attention grabber because of its shape as a gun and particularly engages the reader because of the smaller font size used for the word “education.” This message is a discrete means of encouraging education while discouraging gun use. While not stated, it is a distinct reason why the typographer chose to use a gun rather than some other weapon. This image could run either as a standalone ad or in accordance with a story on education and gun statistics.

Posted in Uncategorized and tagged ads, typography. Bookmark the permalink.